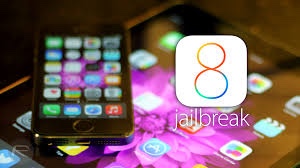 Jailbreaking iPhone is one of the most popular modifications besides rooting android since mobile began. It allows you to customize and unlock features on the iPhone that were otherwise locked out or not available. The iPhone was first jailbroken by George Holtz back in 2007 he was only 17 years old. There many Jailbreak methods out there some require a PC and some do not,

An "untethered" jailbreak has the property that if the user turns the device off and back on, the device will start up completely, and the kernel will be patched without the help of a computer – thus enabling the user to boot without the need to use a computer.[25]These jailbreaks are harder to make and take a lot of reverse engineering and years of experience.

With a "tethered" jailbreak, a computer is needed to turn the device on each time it is rebooted. If the device starts back up on its own, it will no longer have a patched kernel, and it may get stuck in a partially started state. By using a computer, the phone is essentially "re-jailbroken" (using the "boot tethered" feature of a jailbreaking tool) each time it is turned on.[26] With a tethered jailbreak, you can still restart SpringBoard ("respring") on the device without needing to reboot.

There is also "semi-tethered" solution, which means that when the device boots, it will no longer have a patched kernel (so it will not be able to run modified code), but it will still be usable for normal functions such as making phone calls, or texting.[27] To use any features that require running modified code, the user must start the device with the help of the jailbreaking tool in order for it to start with a patched kernel (jailbroken).

In July 2016, PPJailbreak introduced the "semi-untethered" jailbreak, which functions like a semi-tethered solution in that when the device boots, it no longer has a patched kernel (and thus access to jailbroken functions,) but also like an untethered device, in that a computer is not required to re-patch the kernel in order to re-enable the jailbreak. It is accomplished by installing an app that re-patches the kernel after rebooting.